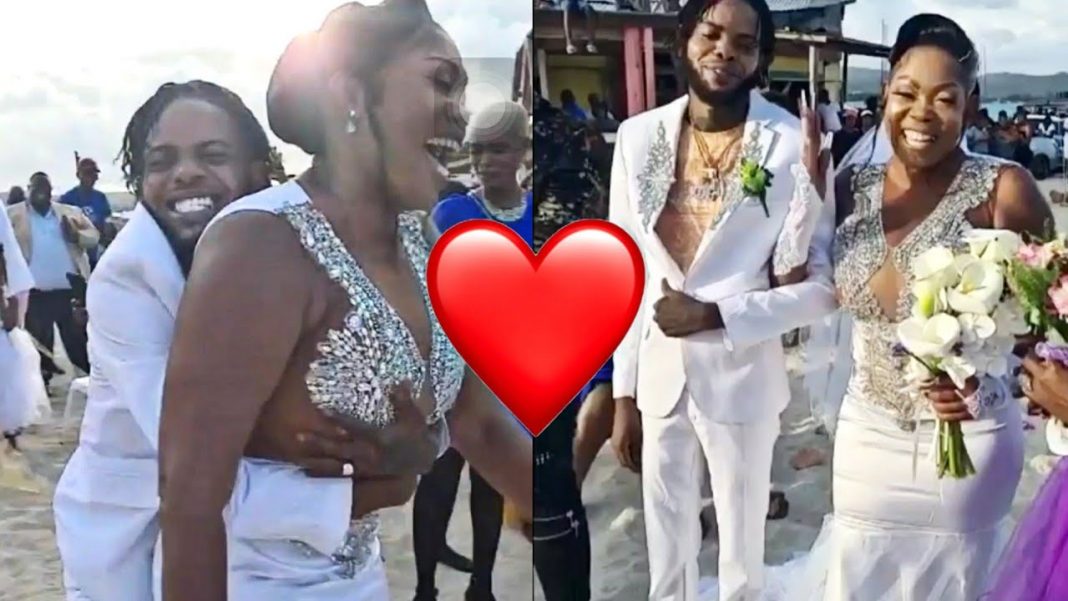 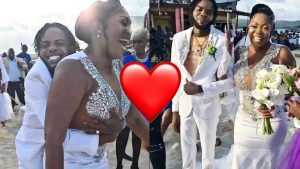 Jamaica had its own royal wedding this past weekend.

Social media personality, Queenie Ladi Gangsta, whose real name is Janese Espeut, is now a wife. She said ‘I do’ to aspiring deejay Duane “Dowey” Scarlet, on his birthday, March 20 at Hellshire beach in Portmore. The wedding excitement continued into the next day and she had another gathering on March 21 in St Thomas.

The wedding was streamed live via Queenie’s YouTube channel where more than 12,000 viewers showed their support.

Recording artiste and close friend of the bride, D’Angel, was there to show her support. Social media was set abuzz with comments and memes. Many declared the union ‘couple goals‘.

Queenie, 51, met Dowey, who is 20 years her junior on a trip to Jamaica last August.