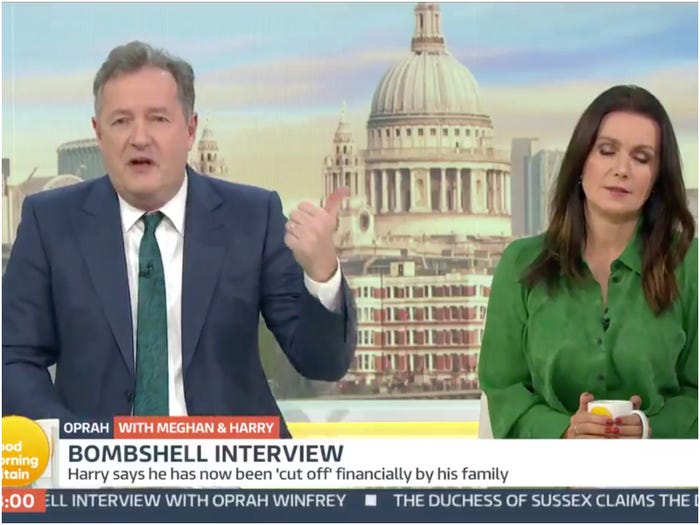 Piers Morgan has left ITV’s Good Morning Britain following a row over comments he made about the Duchess of Sussex.

It brings the controversial host’s time on the breakfast show to an end after six years.

ITV announced the decision after Ofcom said it was investigating his comments after receiving 41,000 complaints.

On Monday’s show, Morgan said he “didn’t believe a word” the duchess had told Oprah Winfrey in an interview.

An ITV spokesperson said: “Following discussions with ITV, Piers Morgan has decided now is the time to leave Good Morning Britain. ITV has accepted this decision and has nothing further to add.”