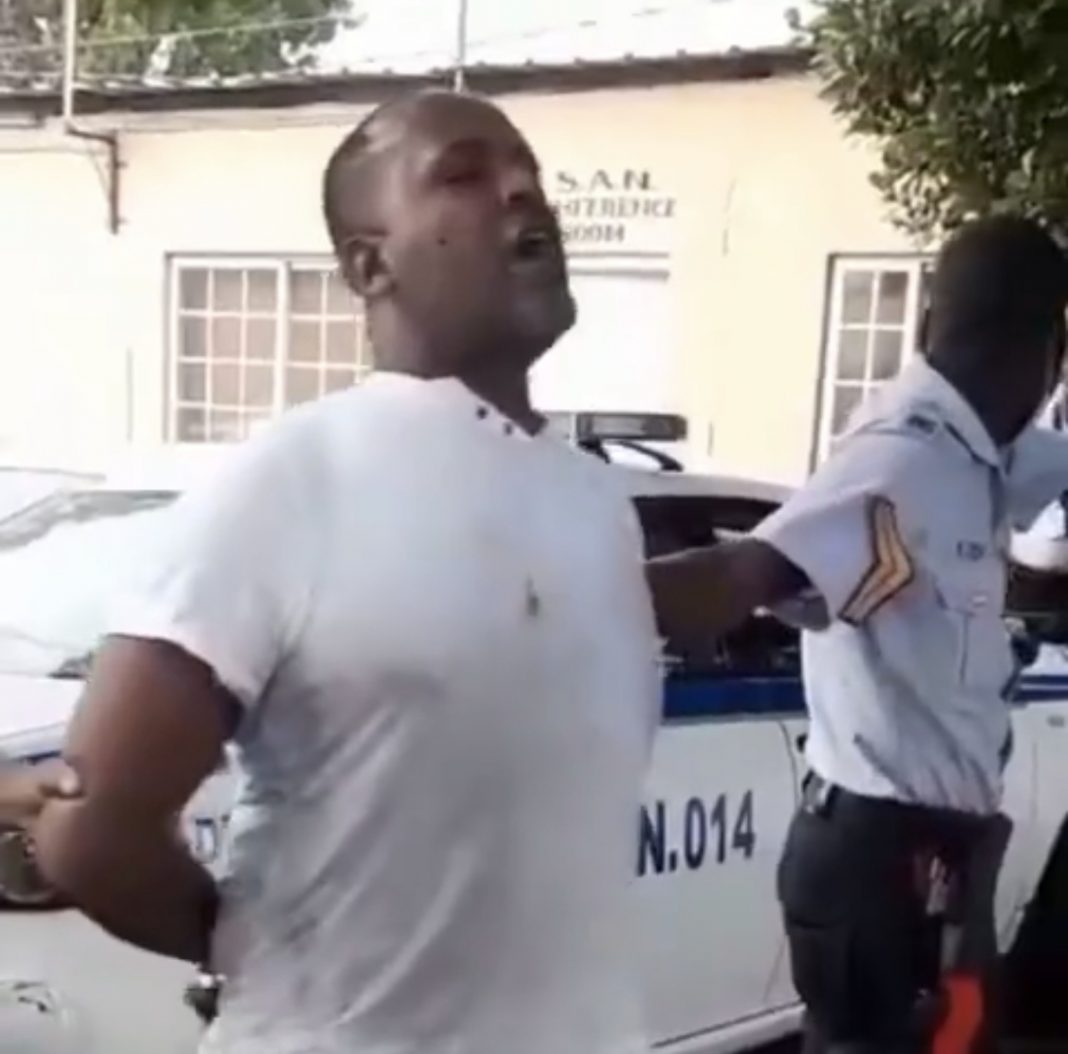 The police have arrested a man who was seen in a viral video telling off police officers, who warned him that he was in breach of the Disaster Risk Management Act.

The police said he was seen not wearing a mask on the beach in Hellshire, St Catherine, yesterday and was instructed to put on his mask.

However, he openly refused while hurling expletives at the police. and did so again today.

He has been charged with Breaching the Disaster Risk Management Act, Disorderly Conduct, Indecent Language, Obstructing the police, and Using abusive and calumnious language.

He is 42-year-old Stephen Witter of Stony Hill in St. Andrew.