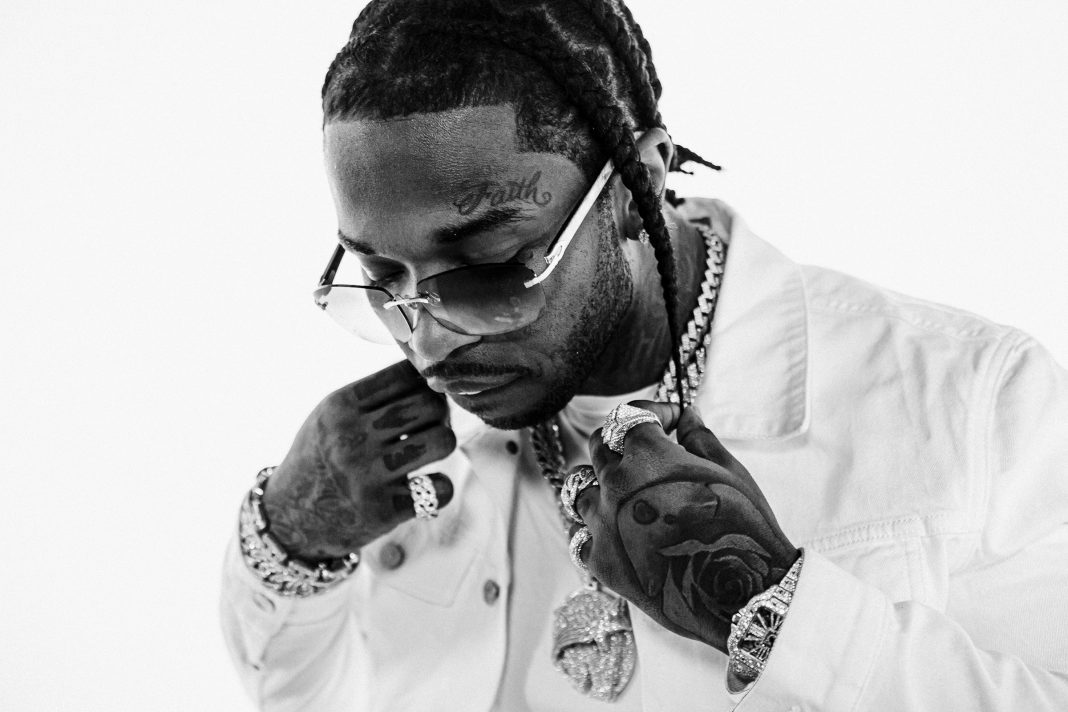 Share on Facebook
Tweet on Twitter
Late Brooklyn rapper  Pop Smoke’s unreleased track “AP” appears on the soundtrack to the upcoming movie Boogie, in which he also stars.
The song originated as a collaboration with Rich the Kid, who previewed the song back in April 2020 when it was called “Nikes.”
Pop Smoke makes his posthumous acting debut as Monk in the coming-of-age film Boogie, directed by Eddie Huang.
Both the soundtrack and film arrive March 5.
Meanwhile, his debut album ‘Shoot for the Stars Aim for the Moon’ remains in the top 5 on the Billboard 200, seven months after its release. And a collaboration with Bobby Shmurda may be up next.