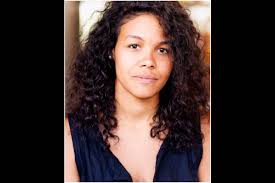 Jamaican-born Australian actress Zahra Newman, who has appeared in numerous television and theater productions, is now making her debut on the big screen in the new Australian romantic comedy “Long Story Short.”
The film, which was released on February 11, 2021, was written and directed by Josh Lawson.
The story was inspired by Lawson’s own experience and the classic holiday films “It’s A Wonderful Life” and “A Christmas Carol.”
Described as a time-travel, romantic comedy, it reflects the middle-age anxieties that Lawson suffered in his own life told through a character who is the victim of a time-travel curse that condemns him to move into the future to view his wedding anniversary each year and witness his failing marriage, suffocating career, and aging appearance.
Zahra Newman was born in Port Antonio, Portland and was raised in Kingston. She moved with her mother to Australia at the age of 14.
Her interest in the performing arts was encouraged by her relationship with Father Ho Lung and Friends, a Caribbean-style music and theater arts group associated with Missionaries of the Poor.