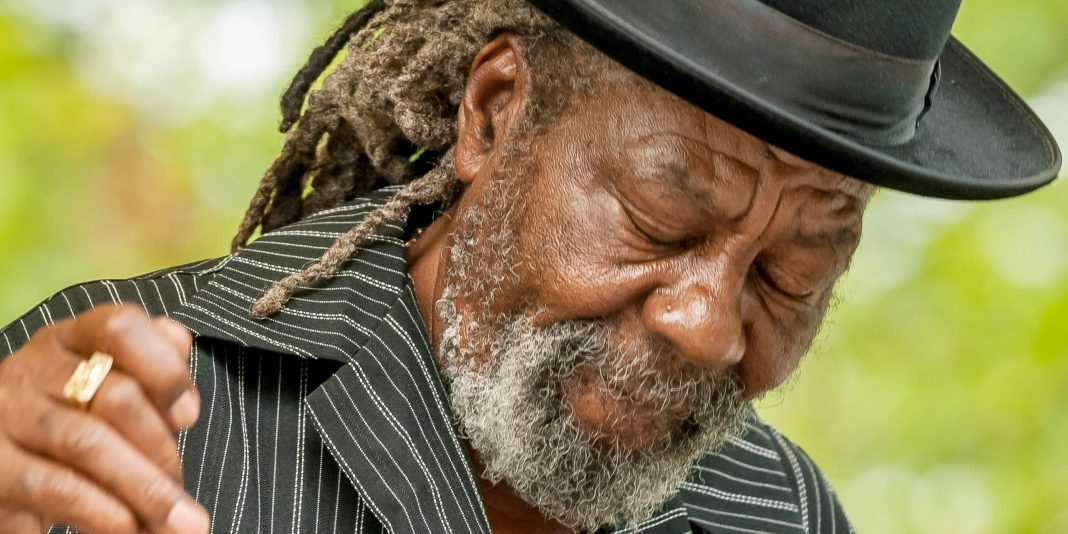 Share on Facebook
Tweet on Twitter
The late veteran Reggae and Dancehall toaster Ewart ‘U-Roy’ Beckford will lie in state at the National Arena on March 25, allowing his fans the chance to say their final farewells.
U-Roy will be buried on March 28.
Daddy U-Roy passed away on February 17 last week.
The veteran toaster helped transform Jamaican music through an innovative vocal improvisation process known as ‘toasting’ where he expanded the role of D.J. into someone who didn’t just play and introduce records but added their own verve and vocal ability to the product. He was 78.
One of his most significant achievements was the establishment of his own sound system which he named Stur Gav after his sons in 1978. The sound system would then launch the careers of a younger generation of toasters and singers including Ranking Joe, Jah Screw, Charlie Chaplin and Josey Wales.
He was conferred with an Order of Distinction for his contribution to Jamaican music.