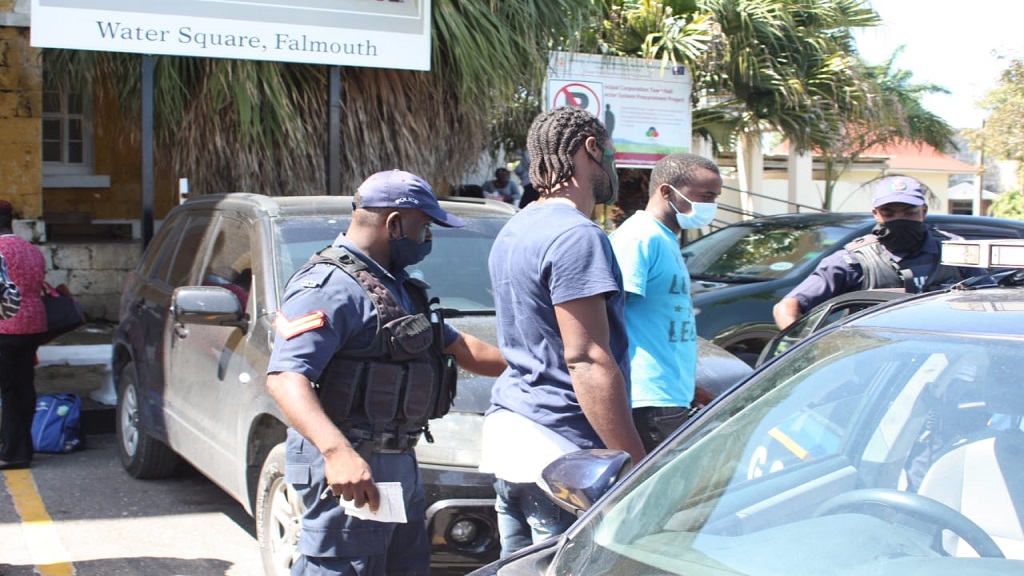 Share on Facebook
Tweet on Twitter
Leon Hines, the alleged driver of the getaway car in the January 31 murder of 51-year-old Andrea Lowe-Garwood at a church on Market Street in Trelawny, has pleaded guilty to two of the six counts with which he has been charged.
Appearing in the Home Circuit Court in downtown Kingston this morning, Hines pleaded guilty to illegal possession of firearm and accessory after the fact to murder.
Hines, who was nabbed along with 29-year-old Javan Garwood, Andrea’s stepson who is otherwise called ‘Janoy’ and Dwight Bingham, had originally been charged with murder, illegal possession of firearm, accessory before the fact, accessory after the fact, conspiracy to murder and misprision (mis-pri-juhn) of a felon.
His plea came pursuant to an agreement struck with the Crown in which he has committed to assisting the crown with evidence relating to the other two accused. The crown, for it’s part, agreed to offer no evidence in respect of the other four counts on the indictment.
If Hines however reneges (ri-nay-gs) on supplying the information as per the agreement, it will be voided and he will stand trial for all the counts.