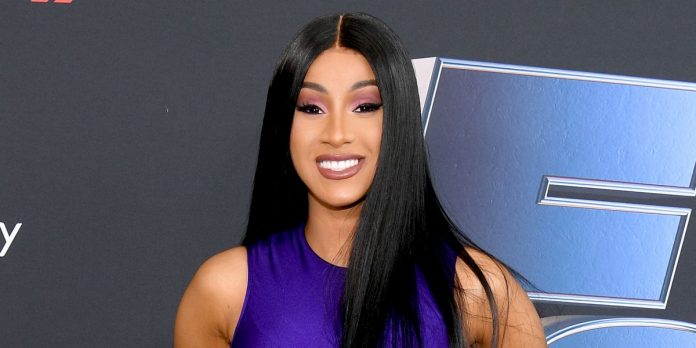 Cardi B‘s character in Fast & Furious 9 has been revealed in a new Super Bowl advert.
The rapper was first confirmed to be involved with the forthcoming film in 2019.
The franchise’s star Vin Diesel broke the news when he posted an Instagram video of himself with the rapper on set in the United Kingdom.
In the trailer, Cardi’s mysterious character is confirmed as being Leysa, “a woman with a connection to Dom’s past”.
Fast & Furious 9 will finally land in theatres May 2020, following a few delays. It will be directed by Justin Lin, who has helmed several previous instalments of the franchise.
The last film in the Fast & Furious franchise was the spin-off Hobbs & Shaw, starring Dwayne Johnson and Jason Statham, which arrived August 2019. Fast & Furious 8, also known as The Fate Of The Furious, was released in 2017.