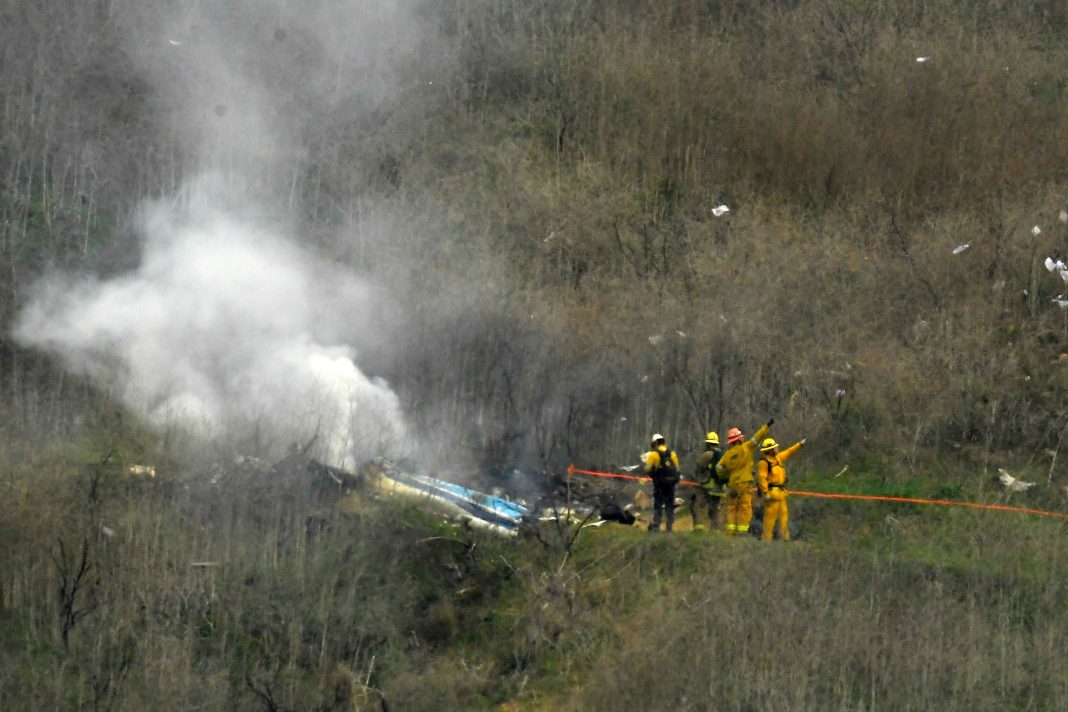 Share on Facebook
Tweet on Twitter
US safety investigators have said  the pilot of the helicopter which crashed killing basketball superstar Kobe Bryant, his daughter, and seven other people had probably become disorientated amid fog.
The helicopter smashed into a hillside near Calabasas, California in January 2020.
Pilot Ara Zo-bay-an was among the dead.
He had told air traffic controllers the helicopter was climbing out of heavy cloud when it was actually descending.
Robert Sumwalt, chairman of the US National Transportation Safety Board NTSB said this manoeuvre is consistent with the pilot experiencing spatial disorientation in limited visibility conditions.
The NTSB has been investigating the circumstances around the crash, and is meeting today to vote on the probable cause.
Zo-bay-an was an experienced pilot who had often flown for Bryant.