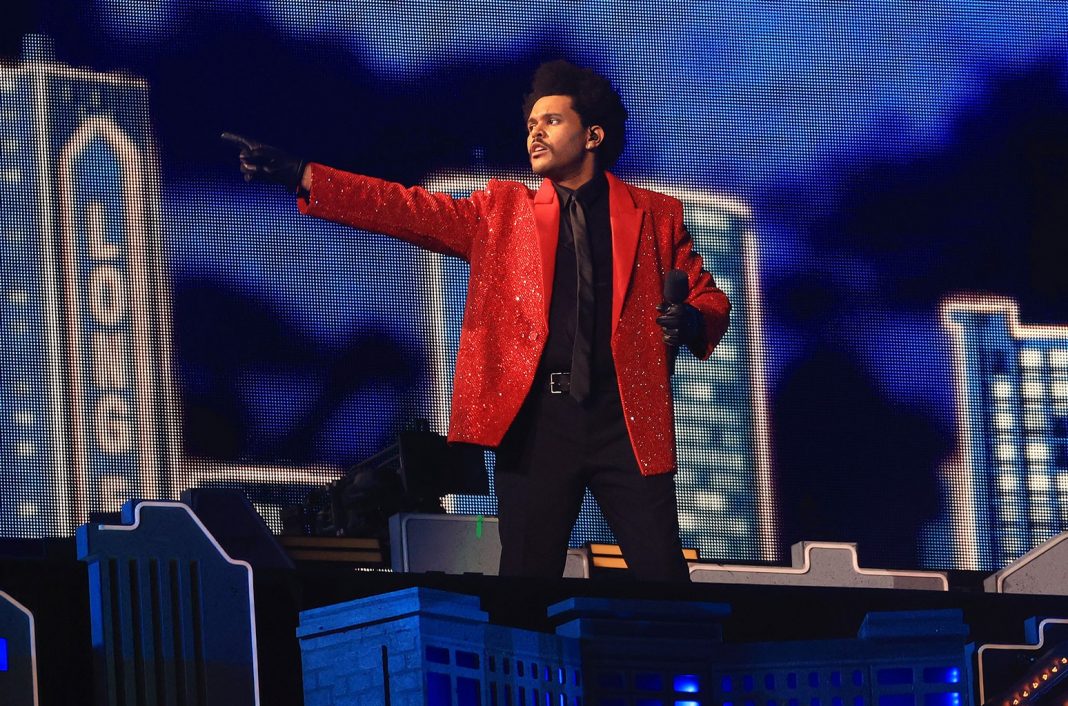 Did the Weeknd’s flashy Super Bowl halftime show further his case against the Grammys, or hinder it.

The snub, one of the more glaring in Grammy history, may have centred on the artiste being booked for the sports extravganza show just a week before the Grammys – which have since been pushed back by a month. it may also have spurred the hitmaker to be more invested in his roughly 20-minute Tampa bay set

The Weeknd spent $7 million of his own money — above what the NFL shelled out — to produce the halftime show. The league also released a live visual album featuring the whole set, along with the pre-game performances of “America The Beautiful” by H.E.R. and the “Star Spangled Banner” by Jazmine Sullivan and Eric Church.

Acadmeic though the issue might be as far as his nominations, the reviews were still mixed. Many viewers, particularly younger ones, appeared to appreciate the combination of massive lighting and backdrops, a violin orchestra and a small army of face-bandaged dancers, with whom he took the field for the closing rendition of “Blinding Lights”.

But others felt it was way over the top, that the singers vocals were drowned out and that the segment in which he was caught briefly in a kind of electronic maze was pointless.

Still, an estimated 100 million tuned in, and no doubt the momentum will accrue to both his album “After Hours” and the hit single “Blinding Lights.” The Grammys may well feel a bit of relief with the extra time lapse to the awards show.