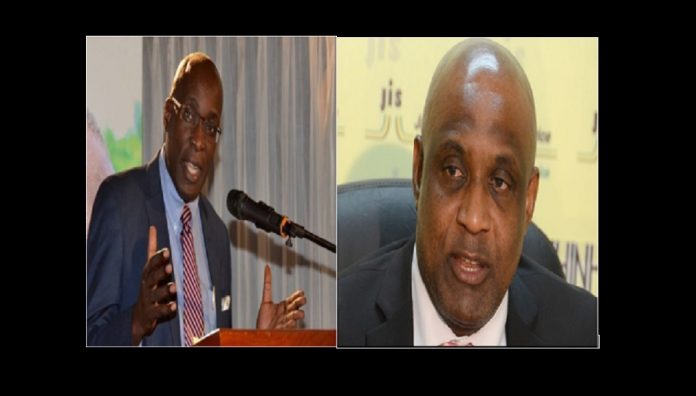 Chief Parish Court Judge Chester Crooks has just ruled that former senator and education minister Ruel Reid, president of the Caribbean Maritime University CMU Professor Fritz Pinnock and several others will go to trial for the allegations of fraud brought against them.
Law enforcement agencies in October 2019 arrested and charged Reid, his wife Sharen, daughter Sharelle, Pinnock, and Councillor Kim Brown Lawrence during early-morning raids at their homes in a coordinated strike, acting on allegations of financial improprieties in which funds were supposedly siphoned off from the university and the Ministry of Education.
They were subsequently brought before the Half-Way-Tree Criminal Court and charged but subsequently released on bail.
Attorney Hugh Wildman has been lobbying the court to throw out the case against Reid and Pinnock on the basis that his clients were arrested by officers of the Financial Investigation Division FID, which has no jurisdiction so to do, as they are purely an investigative body and not empowered to carry out arrests.
Wildman has maintained that by arresting both applicants, the FID acted outside of its statutory powers and therefore what it did was a “nullity”