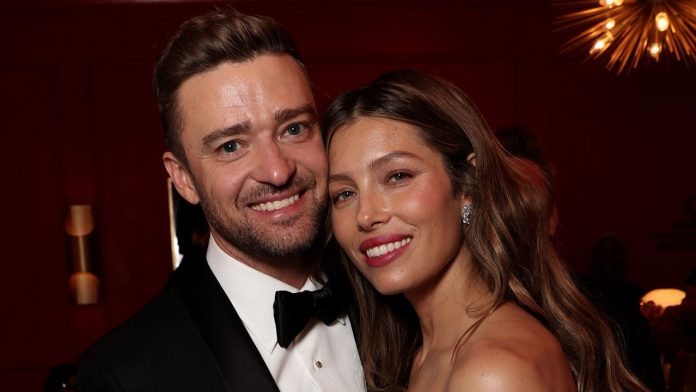 Justin Timberlake is working on a new album.

The 39-year-old singer and actor revealed he has been in the studio recently, working on the follow-up to 2018’s ‘Man of the Woods’.

However, Justin insisted he is not in a huge rush to release any new music, as he likes to take his time with his material.

And Justin, who recently welcomed another son with wife Jessica Biel, revealed his dream collaborators for the album would include Kendrick Lamaar and Travis Scott.