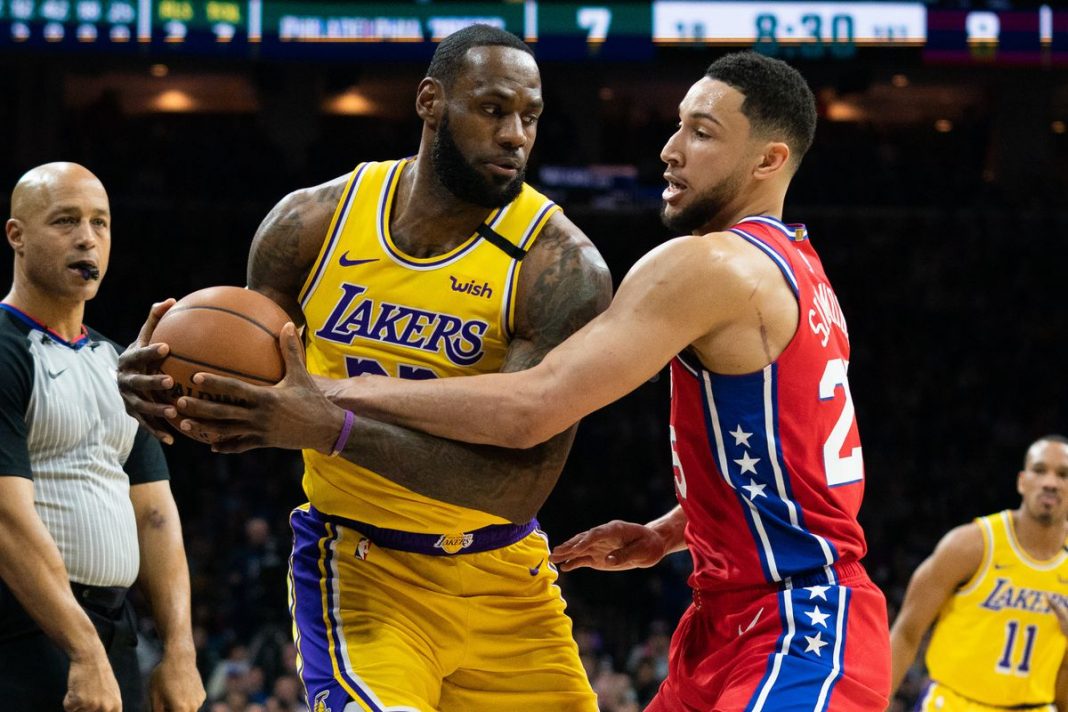 The Los Angeles Lakers’ record-breaking winning streak on the road ended as the Philadelphia 76ers earned a thrilling 107-106 victory at Wells Fargo Center.
In a fixture that saw the Eastern Conference leaders face their Western Conference counterparts, Joel Embiid’s 28 points edged the 76ers to the win.
It ended the NBA champions’ run of 10 wins on the road, a franchise record.
LeBron James scored a game-high 34 points for the Lakers, who trailed by 14 points in the final quarter but rallied to fall to defeat by a single point.
The result keeps the 76ers top of the Eastern Conference with 13 wins and six defeats, while the Lakers fall to second in the West as the Utah Jazz move top after a 116-104 win over the Dallas Mavericks