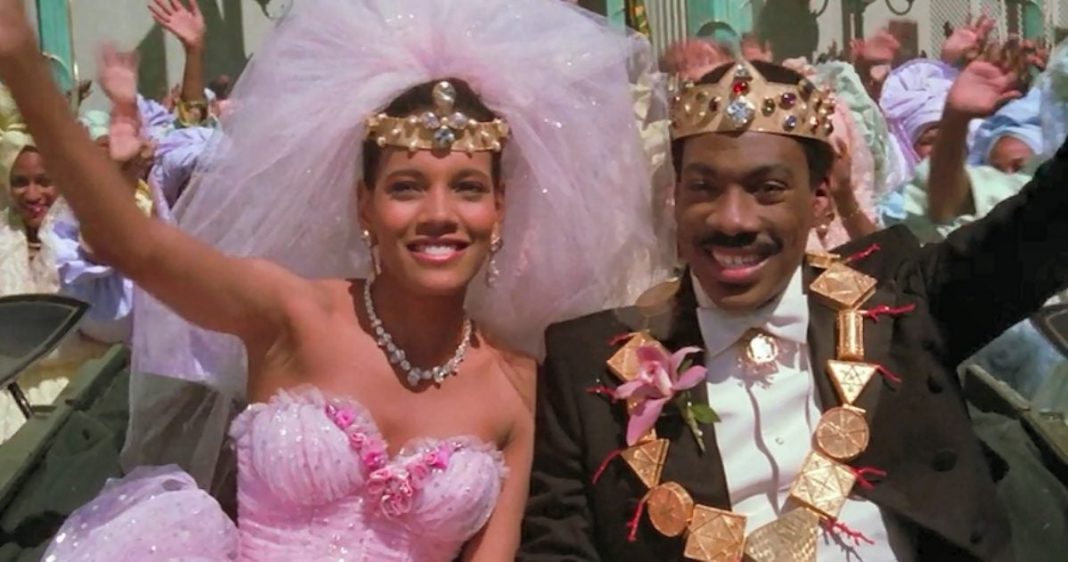 Share on Facebook
Tweet on Twitter
A new TV spot for Coming 2 America premiered during the AFC Championship game ahead of the film’s premiere on Amazon Prime Video on March 5.
The 30-second clip appears to be taken from the previously released Coming 2 America trailer and opens with James Earl Jones’ King Jaffe Joffer telling Eddie Murphy’s Prince Akeem he has a son.
Released in 1988, the original Coming to America followed Prince Akeem, the prince of a wealthy African country who wants nothing more than a wife who will love him for who he is, and not his title.
While Paramount originally intended to release Coming 2 America theatrically in 2021, the studio chose to sell the sequel to Amazon amid the theater shutdowns caused by the ongoing coronavirus (COVID-19) pandemic.