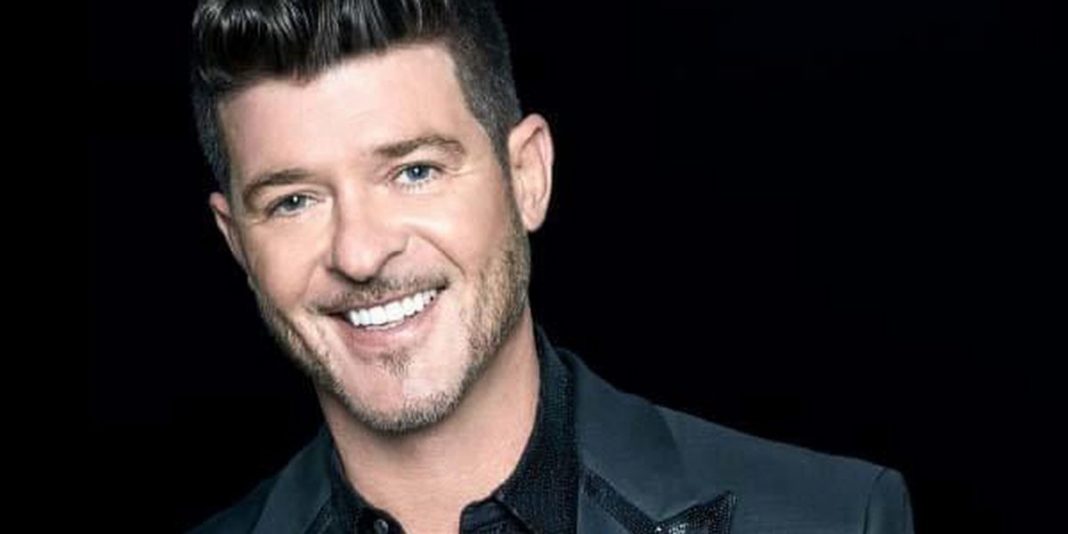 Share on Facebook
Tweet on Twitter
Nearly eight years since topping the charts with “Blurred Lines,” Robin Thicke reunites with Pharrell Williams on “Higher.”
On the funky bop, produced by The Neptunes hitmaker, the R&B crooner brings the feel-good vibes.
The uptempo track, which samples Kool & the Gang’s “Ladies’ Night,” will be featured during ESPN and ABC’s coverage of the 2021 NBA season.
Earlier this month, “The Masked Singer” judge released his soulful single “Beautiful.”
Both tracks are set to appear on Thicke’s first album in over six years, On Earth, and in Heaven, due February 12 under his Lucky Music label in partnership with EMPIRE.