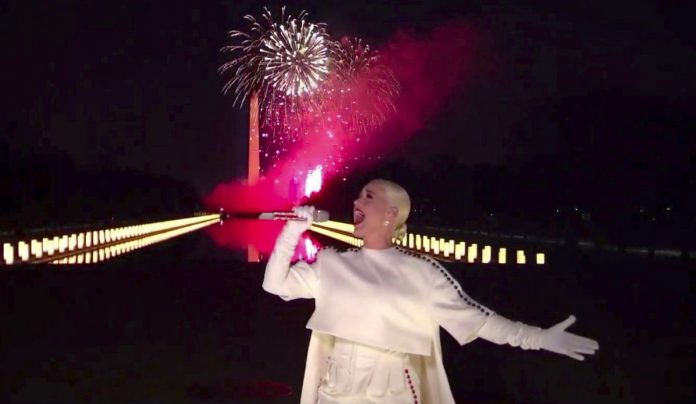 A star-studded concert has marked the beginning of Joseph Biden’s presidency, with performances from Foo Fighters, Katy Perry, Demi Lovato and Bon Jovi.
The theme of the concert was not celebration but unity, with tributes paid to the frontline workers who have borne the brunt of the Covid pandemic.
Bruce Springsteen kicked off the event with his song Land Of Hope and Dreams.
Standing on the steps of the Lincoln Memorial in Washington DC, the lyrics of the song, first performed in 1999, reflected the aspirations of the new administration.
Standing in front of the Lincoln Memorial in Washington, DC, host of the event Tom Hanks told viewers the US had “witnessed deep divisions and a troubling rancour” in the last few weeks.