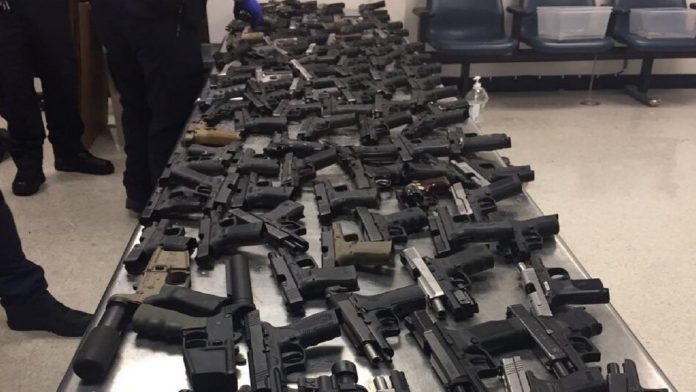 Law enforcement authorities have made another major gun bust at a wharf in Montego Bay, St James.
Reports are that five weapons including rifles and handguns were found in a shipment Monday.
Around 100 assorted rounds of ammunition were also found.
The find comes a week after 19 firearms and hundreds of rounds of ammunition were found in a barrel at a wharf located at Freeport in Montego Bay.