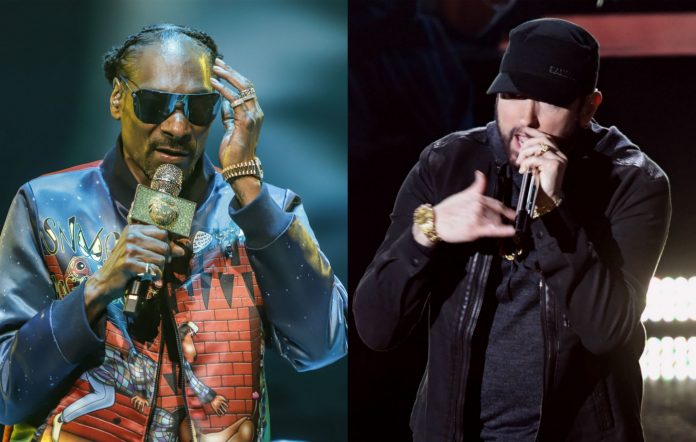 It’s all love between Snoop Dogg and Eminem.
The rappers’ so-called beef may be over, but it was brought up again during Snoop’s appearance on Bravo’s “Watch What Happens Live” on Sunday night.
A fan called in to ask Snoop what he thought about Eminem’s “Zeus” diss and whether Snoop saw it as a response to him excluding Em from his top 10 rappers.
But Snoop says despite the drama, he respects Eminem for saying what he said and the two remain friends.