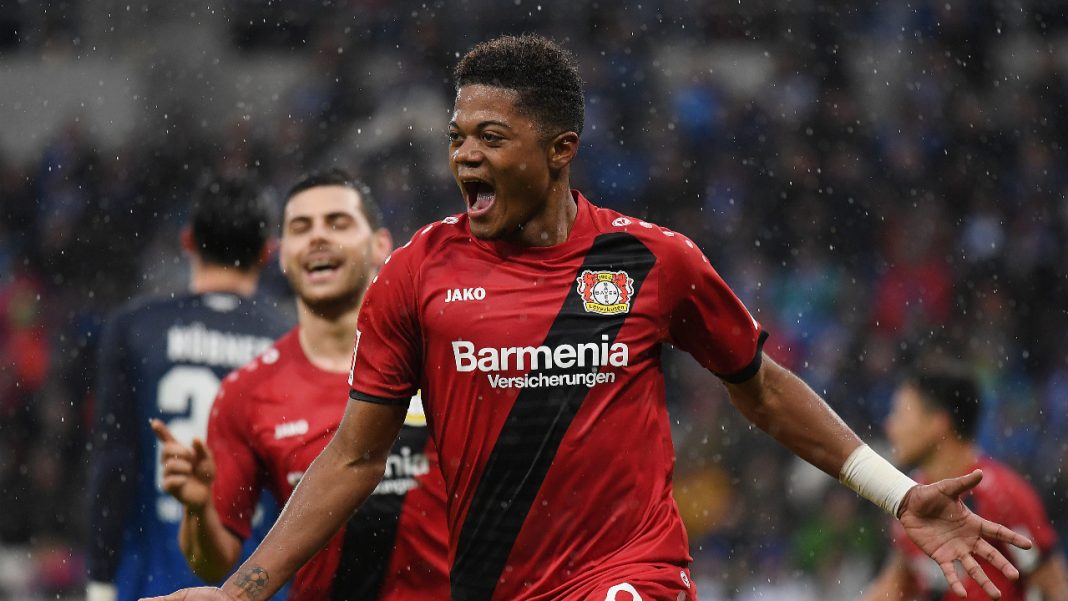 Reggae Boy Leon Bailey has been given the goal of the month award for December in the German Bundesliga.
The 23 year old has been awarded this accolade for this wonderful strike against Hoffenheim in a 4-1 victory on December 13.
This is the first time a Jamaican footballer is the recipient of this award in the Bundesliga. The strike has also been nominated for the goal of the season.
December was a prolific month for Bailey as he scored four goals in six appearances.