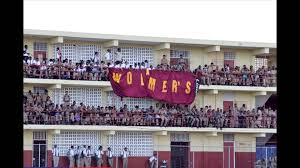 Wolmer’s Boys School will join forces with top locally based track club MVP in a bid to turn around its high school track and field program.

The shakeup will see the school part ways with noted high school track and field coach Danny Hawthorne, who took over the job in 2016.

The 14-time Boys Championships winner last claimed the title in 2010, on the 100th year anniversary of the competition.