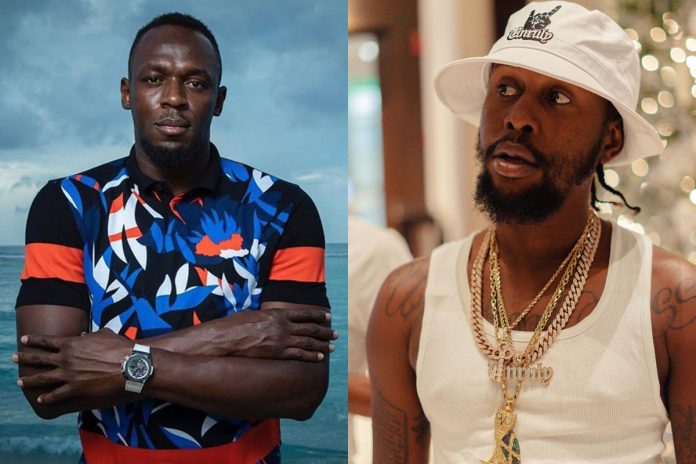 Recording artiste Popcaan is facing backlash following a comment he made recently on a song done by Usain Bolt and his manager Nugent ‘NJ’ Walker.
On his Instagram stories recently, the ‘Relevant’ creator declared he said what he said and he’s not sorry.
The comment in question was made on a social media post Bolt made to promote the track ‘Living The Dream’ which speaks to ‘country yutes’ becoming successful through hard work and determination.
Popcaan sought to share his thoughts on the effort stating, that as much they’re his close friends, he believes the sprint legend should pour the efforts into some acts with natural talent.
Despite Popcaan’s comments, many others, including Vybz Kartel, and Romeich Major of Romeich entertainment lauded the effort.