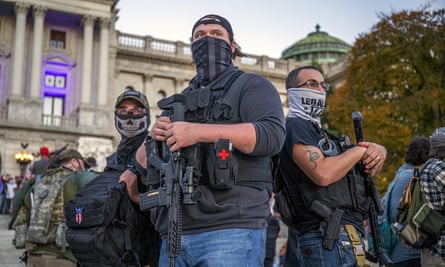 She said dozens of people arrived at her home on Saturday evening as she was putting up Christmas decorations with her son.

Protesters echoed claims of voter fraud made by President Donald Trump, however, Attorney General William Barr has said there is no proof to back these claims.