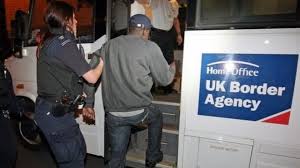 A number of Jamaican nationals who were due to be deported from the United Kingdom today, have been granted last minute reprieve, after the UK Home Office acknowledged they may be victims of modern slavery.
According to the UK Independent, 13 people were forcibly removed from the UK to Jamaica early this morning.
At least 10 of those who had been due to fly, were taken off the flight hours before it was due to leave, following legal intervention.