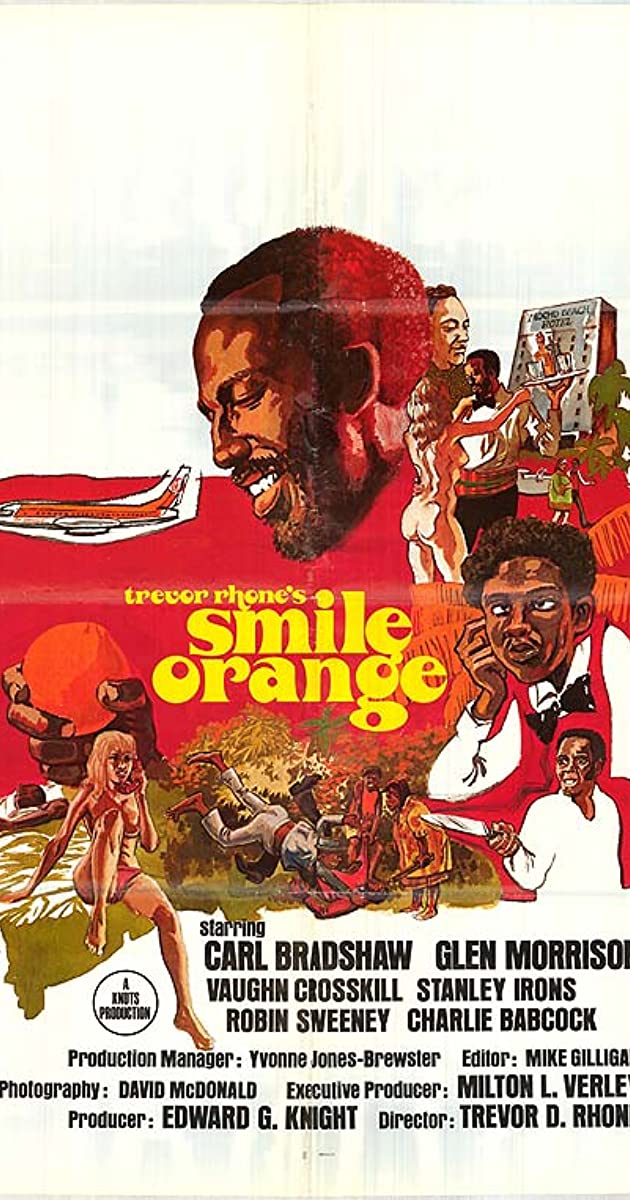 Based on the Trevor Rhone play of the same name (the playwright co-wrote the screenplay, with David Ogden, and directed the film),  Smile Orange takes a humorous and somewhat acidic view of the tourism business and follows the day-to-day life of Ringo, played by Carl Bradshaw, a smooth-talking waiter and con-man.

The film,  in the words of one reviewer, allows people to experience the exploited resort culture of Jamaica with a clearer understanding of the relationships between skin color and positions of power, the urban and rural lifestyle conflicts, and the interaction between women and men in Jamaica.

Released in 1976, Smile Orange has become a cult classic of Jamaican film similar to The Harder They Come. It’s bawdy scenes and lines have  been re-eenacted and repeated the world over, and the film’s title has even become a slang for the U.S. restaurant chain Hooters, owing to the orange shorts that the servers are seen wearing.