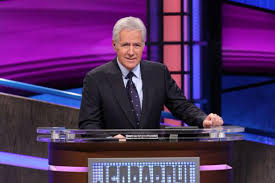 Alex Trebek, the long-time host of American television quiz show Jeopardy!, has died at the age of 80.

Mr Trebek announced he had been diagnosed with stage-four pancreatic cancer in March 2019.

The Jeopardy! Twitter account said on Sunday he had “passed away peacefully at home” surrounded by family and friends.

Mr Trebek had hosted Jeopardy! since 1984, and had received numerous awards and honours for his work.