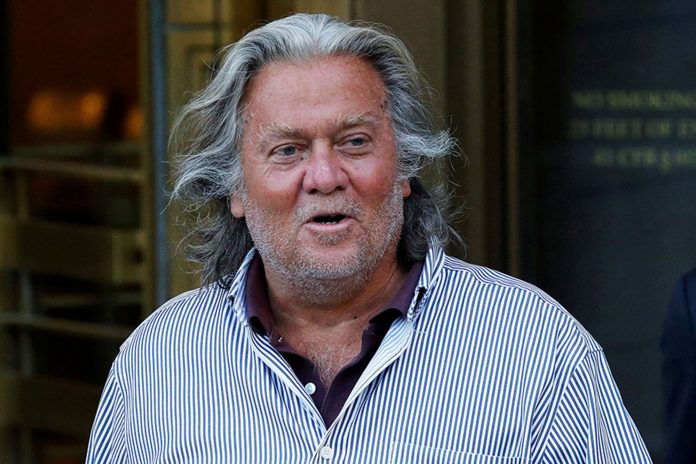 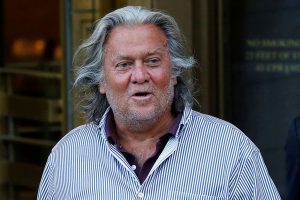 President Trump’s former top advisor, Steve Bannon, has been suspended from Twitter over the “glorification of violence” amid the election aftermath.
Mr Bannon said a re-elected Mr Trump should fire the top infectious disease expert and the FBI director, and called for violence against them.
It comes as the tech firms continue a clampdown on misinformation.
Facebook has shut down a large group which alleges fraud, and announced new measures to amplify genuine results.