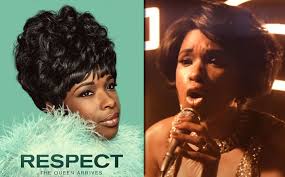 MGM/United Artists Releasing has once again delayed the release of the Aretha Franklin biopic, “Respect”.
The release date of Franklin biopic featuring Jennifer Hudson has been postponed to August 13, 2021, almost seven months off from an earlier scheduled date of January 15.
The film was originally set to debut in August 2020, but the coronavirus pandemic prompted the release to shift to January 15.
The movie  depicts Franklin’s career from a child singing in her father’s church choir to international superstardom.
Hudson portrays Franklin in the biopic.