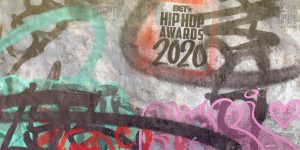 The 2020 BET Hip Hop Awards aired last night, and the evening was owned by our very own Jamaican acts Shenseea, Skip Marley, Koffee, Bounty Killer, Beenie Man and Liquid. They all gave us some killer lyrics with a clean look. Their performance was done virtually at different locations across Jamaica.

There were also plenty other performances, including  Teyana Taylor who was awarded for video director of the year, 2 Chainz featuring Lil Wayne, City Girls and the awards show’s famous cyphers that brought together various other performers.

Now the night though went to Megan Thee Stallion who still cant tell us what happened that night, she scored the wins for Hustler of the Year, Hip Hop Artist of the Year and a shared Best Collaboration with singer Beyonce for their “Savage remix.

Roddy Ricch won Song of the Year and Album of the Year for “Please Excuse Me For Being Antisocial.”

Now DaBaby was the most nominated artiste with 12 nods but yet he lost all twelve of his nominations.