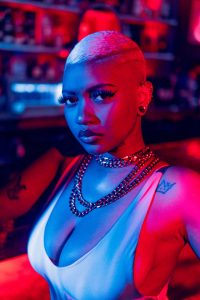 Jada kingdom has come under fire from Dancehall fans after she offered support to embattled Rapper Tory Lanez amidst allegations that he shot Megan Thee Stallion.
The Canadian rapper is facing charges over an alleged shooting incident in July, with an arraignment set for next month.
He has since denied shooting Megan in the lyrics of the track ‘Money Over Fallouts’, which was released in September.
Tory Lanez got backlash from several social media users; however, Jada Kingdom was seen in the comments offering her support. The Dancehall singer was spotted by fans in his LIVE feed reacting to several of his statements.