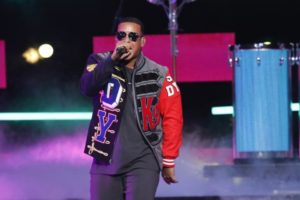 Bad Bunny and DADDY YANKEE were the big winners at the 2020 Billboard Latin Music Awards.
The 26-year-old star – who was absent from the ceremony on Wednesday night, took home the biggest accolade of the night, nabbing Artist of the Year, and six other prizes including Top Latin Album for ‘Forever’ and Songwriter of the Year.
43 year old Yankee, also won seven trophies, with six of those for his hit ‘Con Cal-ma’, which was named Hot Latin Song of the Year, Airplay Song of the Year, Streaming Song of the Year and Digital Song of the Year.
The ‘Gasolina’ hitmaker and his collaborator Luis Fonsi’s mega-hit ‘Despacito’ was also crowned Latin Song of the Decade.
During his first acceptance speech, Yankee dedicated his accolade to those who have lost someone to coronavirus, and said music is “the best medicine”