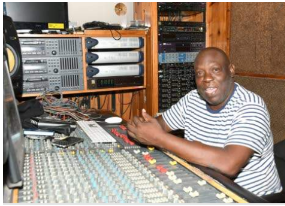 The late renowned music Producer Bobby Digital was  posthumously presented with the “Order of Distinction Officer Class”, at Monday’s Heroes Day Honours and Awards Ceremony in Kingston.
“Bobby Digital” Robert Dixon died in a Kingston hospital on 21 May, aged 59.
The cause of death was kidney disease.
One of the most respected producers of the dancehall era, Bobby Digital transformed contemporary reggae several times over, enjoying tremendous international success with Shabba Ranks, Garnett Silk, Sizzla Kalonji and Morgan Heritage.
He is also considered as an architect of the reggaeton genre that swept Latin America in the early 1990s, since some of its earliest hits sampled his work with Ranks.