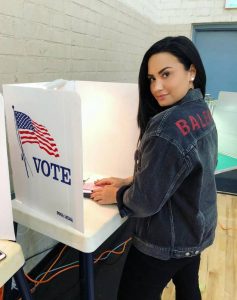 Lovato says the song is more than just a callout to President Donald Trump and all his violent ineptitude, but also a reminder that his critics are not going to back down.

Lovato performed the song at the 2020 Billboard Music Awards last night, just ahead of the music video drop.

In the meantime, Post Malone went into the show the biggest nominee and left as the biggest winner, taking home the top artist prize to end the night and winning nine awards overall.

The three-hour ceremony, which was originally scheduled for April, was held at the Dolby Theater in Los Angeles. While many artists performed in person, there was no live audience.