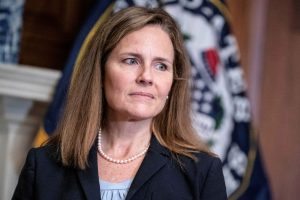 Amy Coney Barrett, US President Donald Trump’s Supreme Court nominee, is to go before the Senate Judiciary Committee for what could be a fiery confirmation hearing over the next four days.

Judge Barret’s nomination so close to the 3 November presidential election has sparked a political row between the Republicans and rival Democrats.

Judge Barrett’s approval would cement a conservative majority on the top court.