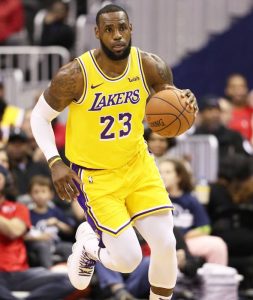 The Los Angeles Lakers captured a record-tying 17th NBA Championship on Sunday with a 106-93 victory over the Miami Heat that sealed the best-of-seven title series 4-2, restoring the storied franchise to the top of the basketball world.

The Lakers’ victory tied them with the Boston Celtics for most NBA championships and capped an unprecedented season that resumed in July at a spectator-free campus at Disney World in Florida after a four-month COVID-19 shutdown.

Finals MVP LeBron James led the way for the Lakers, scoring 28 points, 14 rebounds and 10 assists while spearheading a defensive masterclass that doused the Heat’s offense.