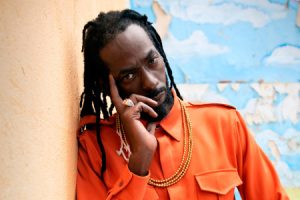 Buju Banton is on a campaign to ensure his Upside Down album gets a Grammy nomination.

This, after the Reggae star posted a video to his social media accounts at the weekend, of his many achievements since the album release. These include his appearance on The Trevor Noah Show, his album release, cover of Vibe Magazine and several co-signs from the likes of Fat Joe and DJ Khaled.

The Instagram video included the worlds “for your consideration” and “Best Reggae Album”, sentiments repeated in his caption which tagged the Recording Academy which stages the Grammy Awards.

Banton, born Mark Myrie, previously won the award in 2011 for his Before the Dawn album.