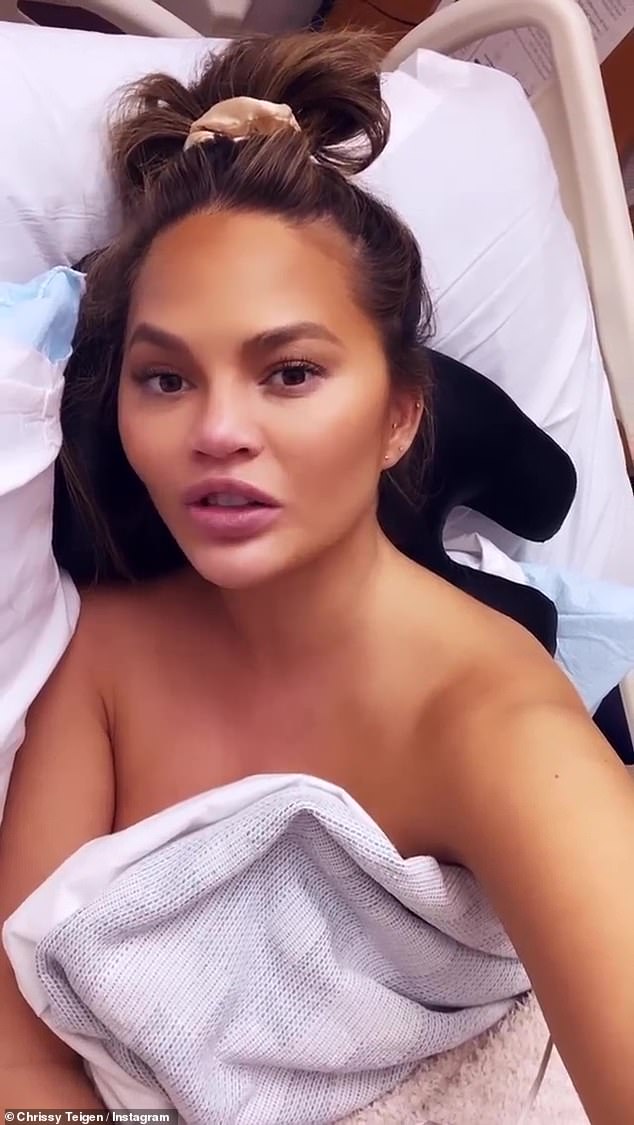 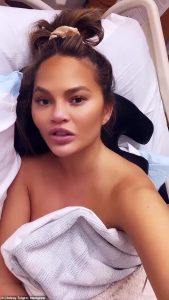 after suffering heavy bleeding during her pregnancy. Chrissy, who is expecting her

third child with singer husband John Legend, revealed that while her unborn son is

doing fine, she has been bleeding a lot despite being on bed rest for the last few

“We all know I’ve been on bed rest for a few weeks, and that’s super serious bed

rest, like get up too quickly pee and that’s it. I take baths twice a week, no

showering… I was always, always bleeding. I’m about halfway through pregnancy

and blood has been going for a month. So like, maybe a little less than a month.

We’re talking more than your period, girls, but definitely not spotting. A lot of

Chrissy says she’s taking her meds and remaining on bed rest like she’s supposed to.

weeks then things will be looking much better.