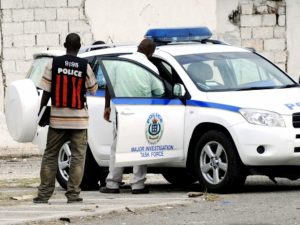 The police are reporting that the mother of the child in a now viral video, who was being made to smoke and drink, is now in police custody.

The police said she was apprehended by investigators in Red Ground district in Old Harbour today about 10:00 am. The child is now in the care of the police.

A multi-agency investigation is now underway involving several state agencies including the Child Protection and Family Services Agency CPFSA and the Centre for Investigation of Sexual Offences and Child Abuse CISOCA.

Earlier, it was reported that the mother was on the run after she was identified by investigators.

The police said lawmen carried out three previous operations in an attempt to apprehend her in her community but she fled, taking the little boy with her.