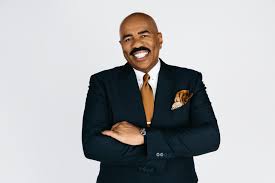 Along with Katy Perry and Kevin Hart, Steve Harvey is the latest celebrity to come to Ellen’s defence. During an appearance on People the TV show yesterday, the 63 year old businessman and entertainer spoke out in support of his friend Ellen amid a very public scandal involving toxic workplace accusations against her daytime show.

He says, “DeGeneres is one of the coolest and kindest people I’ve met in this business”. Harvey reasoned that “people want to take something and make something out of everything, he said, Ellen has no control over what every staff member does, what every producer does, you can’t control that. You don’t even know some of the stuff that’s happening”.

But he agreed that because it’s her name that’s on the show she had to “take the hit” and he would do the same on his own talk show.