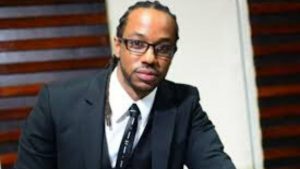 Noted attorney Isat Buchanan has called for greater awareness of and advocacy for alternative justice mechanisms and their benefit to the society.

He said the formal justice system, in its rigidity, is overwhelmed, clogged and wholly inadequate to the needs of the society at present, particularly those
without the material resources to secure adequate representation.

His sentiments were supported by attorney and trained mediator Claire Miller, who said that dispute resolution also gave offended parties a greater say in the process than court proceedings.

Buchanan, whose clients have included entertainer Vybz Kartel and Dale and Sherine Virgo, parents of the now seven-year old girl in the Kensington Primary case, made the comments as part of a Panel Discussion, at the Knutsford Court hotel in Kingston put on by the Equal Rights and Justice
Project, an outreach of the Department of the Government at the UWI, with support from the European Union.

The 24-month project, aimed at determining the perceptions of the society towards the responsiveness of the justice system, officially comes to a close
this month.