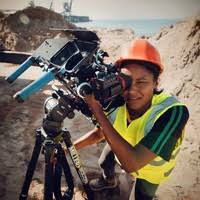 Jamaican film “Unbroken”, directed by Gabrielle Blackwood copped the prize for “Best Documentary Film, Short” at this year’s staging of the Trinidad & Tobago Film Festival.The film is based on the true-life story of Jamaican amputee Laron Williamson, who defied the odds in qualifying for the Jamaican Olympic Rowing Team.

Jamaica’s film industry was well represented at the festival, with two films nominated for awards in three prize categories and another five Jamaican or Jamaican-themed films being screened at the event.

The award was presented during a virtual awards ceremony on September 14, 2020, on Facebook Live.