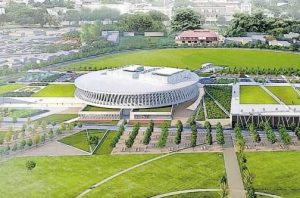 Prime Minister, Andrew Holness confirmed on Tuesday that there will be a scaling back of the budget for the new Parliament Building due to the economic effects of the COVID-19 pandemic, but he stressed that plans for construction are still on track.

He gave an update on the project while speaking at the swearing-in of newly elected members of the House of Representatives, following the September 3 general election.

The proceedings were held at the Jamaica Conference Centre due to the limited space at Gordon House for physical distancing.

This challenge was acknowledged by the Prime Minister who acknowledged that physical distancing will have to be taken into account for the new building.