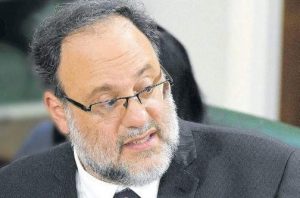 Opposition Member of Parliament Mark Golding did not sign the letter PNP MPs wrote to the Governor General indicating their support for the appointment of Dr. Peter Phillips as leader of the opposition.

In a letter to party chairman Fitz Jackson, Mr. Golding indicated his discomfort with the manner in which the appointment was done.

He argued that the signing of the letter was being foisted on him without a fulsome discussion among PNP MPs.

Mr. Golding noted that the letter was instead presented as a done deal that was not even up for discussion.

The member of parliament for St. Andrew South also said he believed the appointment of the eight opposition senators was an opportunity to make a clear signal to Jamaica that the party has listened and is embarking on a process of change but there was no assurance that this would be done.