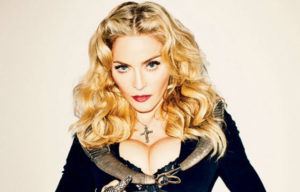 The Star says “the focus of this film will always be music.

The upcoming film will be produced by Amy Pascal along with Universal.

Madonna released her latest studio album Madame X in 2019. She recently featured on a remix of Dua Lipa’s “Levitating” alongside the Blessed Madonna and Missy Elliott.