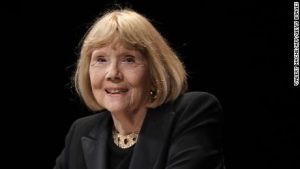 Actress Dame Diana Rigg, famous for roles including Emma Peel in TV series The Avengers and Olenna Tyrell in Game of Thrones, has died at the age of 82.

Her daughter, actress Rachael Stirling, said she died of cancer, after being diagnosed in March.

She played Tracy, who married George Lazenby’s 007 in the 1969 film On Her Majesty’s Secret Service