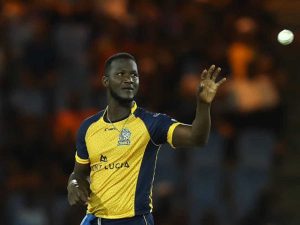 Former West Indies captain Darren Sammy says the COVID-19 pandemic has delayed his plans of retirement. The two time winning World Twenty20 captain has also seemingly confirmed that he will never feature again for the West Indies despite still being eligible.

While doing commentating duties during the home series against Ireland, Sammy stated that he had not retired from international cricket and that he would gladly accept the opportunity to be back with the Windies team ahead of the World T20 championship.

The 36 year old has now admitted that his playing career is closer to its end than before. Sammy will lead the St Lucia Zouks into their first Caribbean Premier League final, when they play the Trinbago Knight Riders at 9:00 am today.