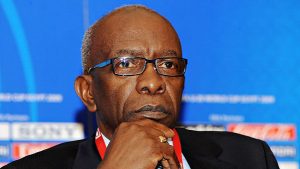 The communications team of disgraced former CONCACAF boss and FIFA vice president Jack Warner has dismissed reports he is gravely ill from the coronavirus, with some even claiming he had died.

The reports claim the 77-year-old Warner, who campaigned for a seat in the Trinidad and Tobago General Elections last month, complained of feeling tired and was initially tested and released after being tested for cardiac issues.

A previously administered coronavirus test result, however, came back positive and the former football official was rushed back to the hospital.

Information about Warner’s condition has been sketchy but both his publicist and Facebook page insists the former MP is doing well.