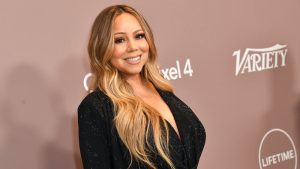 During an interview with Vulture magazine on Monday, singer Mariah Carey reflected on a moment where DeGeneres made her feel uncomfortable while appearing on her show in 2008.

During the interview Ellen ask Mariah to confirm or deny tabloid rumours that she and then-husband Nick Cannon were expecting. Although Carey laughed off the question, Ellen then offered the Grammy winner a glass of champagne to prove if she was pregnant. Mariah says, “I was extremely uncomfortable with that moment is all I can say, And I really have had a hard time grappling with the aftermath.” later in 2010 Mariah confirmed that she was pregnant at the time of the interview but had a miscarriage.

This comes after guests and staff have spoken out and shared their personal experiences with Ellen DeGeneres amid allegations of the host being “mean” and creating a “toxic work environment” on the set of her talk show.