Tropical Storm Laura and Tropical Storm Marco are both expected to travel towards the Gulf of Mexico in the next few days, with both storms likely to impact parts of the U.S. coast by the early half of next week.

Official Laura and Marco forecasts currently only show Laura becoming a Hurricane. However, if both were to become hurricanes in the Gulf of Mexico at the same time, it would be the first time on record that has happened 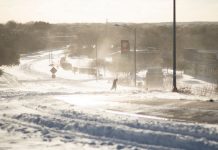