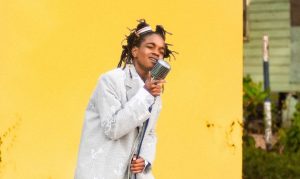 The video complements the tone of the song, by highlighting the injustices faced by minority groups around the world, especially in the United States.

Pressure is the second single released in less than a month and currently holds the number 13 position on the iTunes Reggae songs chart.