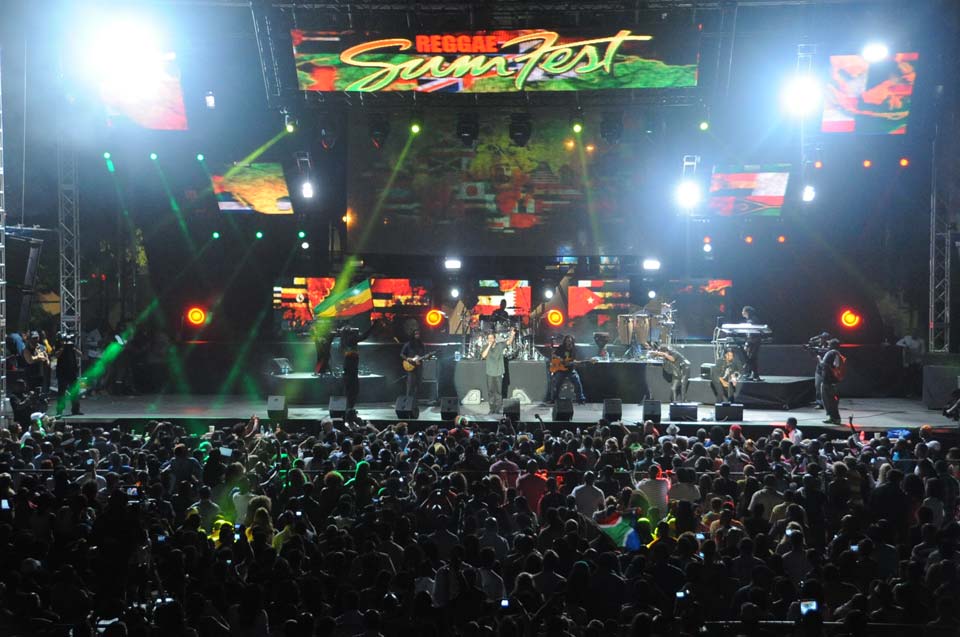 Share on Facebook
Tweet on Twitter
Reggae Sumfest had a virtual staging over 2 nights, Friday and Saturday and it was just what music lovers needed.
On Friday night’s Dancehall night, notable performances came from Frisco Kid, Agent Sasco, and a controversial set from Ishawna who was making a return to the Sumfest stage after 4 years.
Ding Dong and Shenseea delivered their usual high energy sets, while the new school was represented by Daddy 1 and Chronic Law.
On Night two, Gyptian paid tribute to Gregory Isaacs, while Maxi Priest and Tarrus Riley performed well but it was Sizzla who ignited the viewers with an energetic performance of hits.
Also, veteran Reggae group Third World was presented with this year’s Reggae Sumfest Lifetime Achievement Award.
The award was collected, by founding member/Guitarist Stephen ‘Cat’ Coore.